Did Rap Genius Fool Us All?

Home » Search » Did Rap Genius Fool Us All?

If you type Rap Genius into Google you’ll find that Rap Genius is being mentioned quite a lot with their website being linked to on some very high authority websites including sites such as the LA Times, IB Times, Gawker, Billboard.com and a plethora of other sites linking to the either the homepage or apology blog post on RapGenius.com.

I thought I’d put together a list of sites that are now linking to Rap Genius as a result of their de-listing on Google.

A lot of these sites have linked to RapGenius.com in the past, so the impact is likely to a lesser importance than new sites that have never linked to Rap Genius. For example, PC Mag, TechRadar, ABC News, and Search Engine Land are first timers when it comes to even mentioning Rap Genius — let alone linking to their website. This makes their links of higher value, as they are simply links that never existed on those sites before.

Whilst these high authority links to Rap Genius won’t benefit rankings now, will they once Rap Genius are out of Google’s sandbox?

It’s quite interesting as these are links that would not have been easy to get, but they now have these links because of this entire link scheme debacle. If irony could be described in the link building world, then this would be the perfect example of it.

In fact, these links are worth more to the future of Rap Genius than the supposed “affiliate” or ‘Links for a Tweet’ scheme they employed — had they not been caught. It will be interesting to monitor their comeback once they’ve disavowed or contacted the bloggers they enrolled on this link building adventure of theirs.

The question remains, did Rap Genius fool us all? Did they plan this even bigger and more elaborate event of obtaining linkbacks to their own site? They sure did churn out that large apology letter (with annotations) on their own site rather quickly, which is where all these big sites have been linking.

I also have to say bravo to John Marbach, who has now gained more links to his own site and exposure to his email service than he could have ever dreamed. I doubt John expected any of this and is likely ecstatic at this very moment.

I do wonder however whether John Marbach has started a new trend of blog owners such as himself ratting out these big websites that participate in link building schemes such as this? It obviously has worked out for John, and I can definitely see this working out for others if the right site (i.e. if the site is big enough) gets penalised as a result of being ratted out by someone. Thoughts?

Furthermore, I queried Eric Ward, who is an author on Search Engine Land on whether this would benefit them. He gave me an interesting response to my question:

Do you think the fact they’ve been penalised has done more good than harm for their long term strategy? They’ve gained links from the LA Times, TechCrunch, Search Engine Land (teehee), Gawker, The Register, IB Times, Independent (UK), Vice, Billboard.com, Forbes, Business Insider, ABC News, NY Times, MTV and much more. Those are backlinks which don’t come easy. Do you think Google will assess these links to Rap Genius in their algorithm as relevant, if they get let back in the search results? i.e. will these high authority links help them?

I guess the best way to answer this is to say I don’t think RapGenius intended to spark this firestorm of media attention and links, but my hunch is now that it’s happened, they are “happily apologetic”. This particular scenario is really interesting from a risk/reward perspective. RG has now “earned” many legit links as a result of what is technically an “unearned” linking strategy. Will others imitate it in hopes of getting the same type of attention and links? Of course they will. Will it work? Who knows?

I think in the long run RapGenius ends up more well known and better linked as a result of this. I know I’d never heard of them until this happened, and I’ve visited their site now a few dozen times. And there’s the rub. Be bad and accidentally end up good.

In the true story movie “Catch Me If You Can”, a long time check counterfeiter gets busted. But after doing time, he is hired by the FBI. That certainly wasn’t his original plan, but nicely played, even if by accident.

Links will always be vital to your success, but links will ultimately fail as a singular ranking signal. They already have. This is why seeking traffic based links that are not pursued just for search rank is crucial to your future success. It sounds counterintuitive, but you have to pursue links with the mindset that search engines do not exist. Zen schmen, I know, but it there it is.

If you create inbound linking strategies for traffic that totally ignore search engines as a traffic source, you’ll end up with the exact link profile the engines wanted to see in the first place.

Seriously, if this wasn’t true, I wouldn’t be here.

I actually agree with Eric, and he’s put it much more eloquently than I could have done. I especially liked when he mentioned “Be bad and accidentally end up good”, as that is exactly what has happened in this situation. Well, so as long as Rap Genius manages to gain back its rankings. 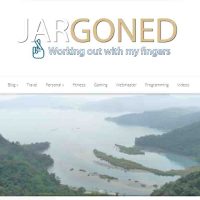 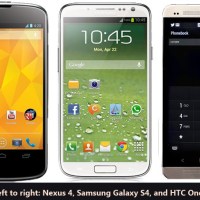 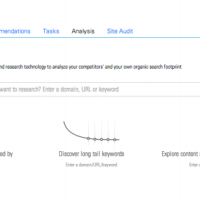 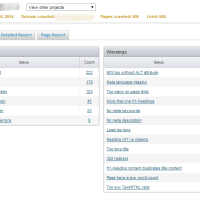